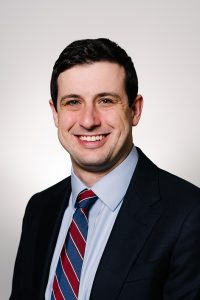 The residents of Ward 2 elected Jason Shachner to City Council in November of 2019. Jason and his wife, Michelle, live on Lake Avenue with their daughter, Olivia.

Jason has committed his life and career to public service. He served as an AmeriCorps VISTA (Volunteers in Service to America) fellow for the non-profit Turning the Page and, in law school, he focused on public interest law, working for the Legal Aid Society’s Housing Practice Group where he helped low-income individuals and families secure and retain decent, affordable housing, and helped enforce tenants’ rights, by addressing issues such as housing conditions, evictions, and housing discrimination. He also served for seven years as an Assistant Prosecuting Attorney in the Lake County Prosecutor’s Office’s Criminal Division, where he endeavored to seek justice and provided a voice for victims.

Jason is currently an Assistant Law Director for the City of Cleveland.

Prior to being elected to Lakewood City Council, Jason was a member of the Lakewood Heritage Advisory Board and the Youth Athletic Commission. Jason continues to be actively involved in many civic and community organizations.

Jason drafted and successfully passed a number of ordinances during his first term on Council, including ordinances that expanded outdoor dining, permitted beekeeping, and amended the noxious weed ordinance to allow the planting of milkweed and restrict the planting of invasive running bamboo. Jason is also proud that he initiated and assisted in drafting a city-wide policy that protects residents from invasive government investigations related to abortion care.

Jason’s priorities include community engagement, forward thinking development, safety, and affordability. Jason serves as Chair of the Finance Committee and is a member of the Planning & Development Committee and the Public Safety Committee.

Jason holds a B.S. in both Political Science and Religious Studies from Florida State University and a J.D. from Case Western Reserve University.