Our Neighborhood Patrol Officer (NPO) program involves officers performing a number of assignments.  They interact daily with the residents and business owners, seeking to identify situations that impact the quality of life. Together they identify the resources available to maintain and improve the neighborhood. Often the role the officers play is not what would traditionally be thought of as “police work”, but addressing situations that are of concern to the people who live or work in a neighborhood, regardless of the nature, is the most effective means of providing safety.

For more information about the NPO program, please contact: 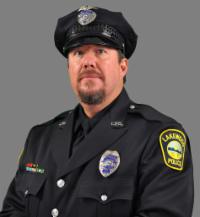 Assigned to cover Ward 1 as a Neighborhood Police Officer, Officer Neil Thibodeaux, a U.S. Navy veteran, has been a police officer with Lakewood PD since 2001.  He has served in various capacities since including Patrol Officer, Field Training Officer, Accident Investigator, SWAT team member, and most recently as a Detective in our Narcotics Unit.  His office is located at 14812 Detroit Avenue #200 above Deagan’s. 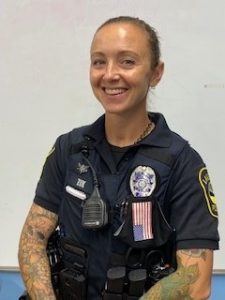 Assigned to cover Ward 2 as a Neighborhood Police Officer, Officer Ariana Zuk has been with the Lakewood Police Department since August 2012.  She is a Brunswick native, and was a firefighter/paramedic in North Randall, and employed by Lakewood Hospital as a paramedic prior to joining Lakewood PD.  Since becoming a police officer, she has been on the Crisis Intervention Team, served as a Field Training Officer, and is still assigned to the Westshore Enforcement Bureau SWAT team.  Officer Zuk instructs Self Aid and Buddy Aid to help keep Lakewood’s officers safe.  Married to an Avon Police Department officer, she primarily enjoys spending time with her family off-duty.  Regarding her current position of Neighborhood Police Officer, Officer Zuk enjoys the community outreach aspect of the job that goes beyond responding to calls for service.  Her office is located at 14812 Detroit Avenue #200 above Deagan’s. 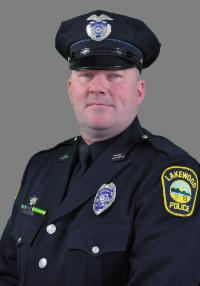 Officer McCarthy, a U.S. Army veteran, has been a police officer with Lakewood PD since 2002, and is currently assigned as the Neighborhood Police Officer to Ward 3.  Prior to 2002, he was a full-time Corrections Officer with Lakewood since 2000. Officer McCarthy has served in various capacities to include Patrol Officer and Accident Investigator, and is currently a member of our SWAT team. 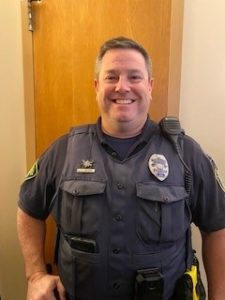 Officer John Winters has been a member of the Lakewood Police Department since February 2012, and is currently assigned as the Neighborhood Police Officer to Ward 4.  He previously served with the Henrico County Police Department for seven years in his native state of Virginia.  With both Lakewood PD and Henrico County PD, he has been assigned as Field Training Officer.  Officer Winters has also been a member of Lakewood PD’s Crisis Intervention Team, and had previous assignments of Motorcycle Officer and Patrol Investigator.  He still continues to serve on the Westshore Enforcement Bureau as a SWAT team member.  He has been a Lakewood resident since moving here with his family in 2006, and enjoys motorcycle riding, hiking, and spending time with his family when away from work.  Officer Winters enjoys the autonomy and hands-on approach to helping solve neighborhood problems, and still enjoys helping to train police officers.  His office is located at 12400 Madison Avenue.