In 2012, the city of Lakewood bought two boarding houses that had become troubled properties in the community.

The second of those properties, a nearly 4,000-square-foot home at 1436 Grace Avenue, was unveiled to the community at a special open house on Tuesday night.

“Government action, private sector ingenuity, and marketplace trends have aligned for this great outcome,” said Lakewood Mayor Michael Summers. “This is a remarkable transformation from a major destabilizing threat to this historic neighborhood, to what is now a crown jewel.”

Owners Jim and Lillian Valli bought the home in February 2014 and worked with All Phase General Construction to convert the former 14-bedroom boarding house into a single-family home. The Valli’s vision for a historic rehabilitation was enhanced when pocket doors were discovered inside a wall on the first floor along with beautiful arches once hidden in a faux grant stairway wall.

These gems, along with beautiful hardwood floors, historic features and a new witches hat and turret have brought new life to a home once slated for demolition. The home, which sold for $1, had to be raised nearly 18 inches in the middle of the structure, as a primary basement beam was sagging, pulling the house inward.

Dozens of members of the community stopped by the home for a tour during the open house, marveling at the restoration.

“I could not be more thrilled to see 1436 Grace Avenue undergo such a dramatic transformation,” said LakewoodAlive Executive Director Ian Andrews. “None of this would have been possible without the incredible partnership of the city of Lakewood, Detroit Shoreway Community Development Organization, All Phase General Contractors, Cleveland Restoration Society and First Federal Lakewood. Additionally, this house serves as an example of how a turn-of-the-century home can support modern design while maintaining its historic integrity.” 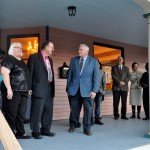 Mayor Summers and the owners of the home at 1436 Grace Avenue cut the ribbon on the extensively renovated, 117-year-old home. 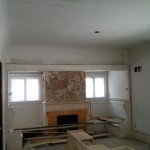 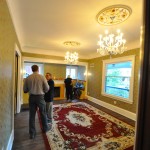 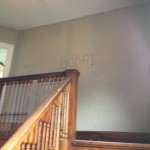 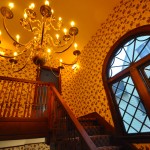 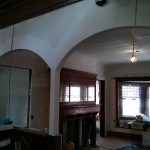 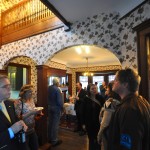 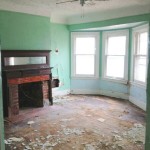 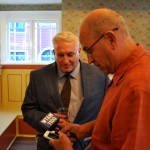